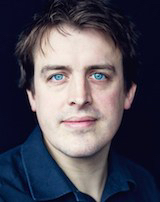 WINNER OF THE SUMMER DEBATE:

OLIVER BULLOUGH: “Transparency will save democracy and capitalism”

Oliver studied Modern History at Oxford and moved to St Petersburg in 1999. He stayed in Russia for much of the next seven years, working mostly as a correspondent for Reuters specialising in Chechnya and the Caucasus region.

On returning to Britain in 2006 he wanted to write more about his experiences in Chechnya. The result was Let Our Fame Be Great, a travel and history book published by Penguin in 2010, which described his journeys to find the scattered peoples of the mountains. It was shortlisted for the Orwell Prize in the UK, and won the Cornelius Ryan award in the US. His second book, The Last Man in Russia, was published to brilliant reviews in 2013. He lives in London with his wife and son.

KASSANDRA GORDON: “Public speaking is the cornerstone of change and innovation”

Kassandra is a Hackney based jewellery designer, social entrepreneur and Toastmaster. She studied at Holts Academy (part of the University of the Arts). Kassandra is a member of 104 Debaters (a Toastmaster speciality debating club) and has an MA in Social Research from the University of Warwick. She is the incoming Area Director at Toastmasters, and will be responsible for looking after six public speaking clubs in London.

Angus is the author of Being Cultured: In defence of discrimination, and writes on culture and the philosophy of freedom. He is also the convenor of the Institute of Ideas’ educational initiative The Academy which he established in 2011 as a modest attempt to demonstrate – over four days of reading and discussion – what university should be like and so rarely is. Angus has MAs in Classics from Christ Church, Oxford and Linguistics from Birkbeck College London, as well as an MPhil in Artificial Intelligence from Dundee University. He works in information technology management consultancy.